The Future of Contraception

Unwanted weight gain, negatively affected sex-drive, mood swings and being misunderstood. Does this sound like anything you’ve ever experienced while using contraception? Oh, you’re not alone, we promise!
We often think that the side effects are just a small price to pay for the security and positives that contraceptives bring. But it doesn’t have to be the case and you can be part of the change.

The Lowdown on common issues

When you visit The Lowdown‘s website, you can filter the reviews on contraception by a number of factors which include overall rating, biological factors, or the effect they have on the body. We had a look to see what the most common negative symptoms are and which contraceptive methods seem to be the cause.

Medication in general often comes with a list of side effects that may or may not impact you. But the four most common ones The Lowdown reports on are moods, weight, sex drive and periods. To further define what ‘negative’ symptoms, we’re looking at generally unwanted symptoms. And so our list includes:

So, what are people’s experiences with these?

Weight gain – one of the most common symptoms people hear about when talking about contraception, is weight gain. Even though for some people, this can be a positive change, it’s generally seen as unwanted. 30% of people who left a review at The Lowdown said that a contraceptive method made them gain weight. As it seems, the top three contraceptive methods causing this issue are the injection (42%), the implant (40%) and the mini pill (40%). Close next are the combined pill and the hormonal coil, suggesting that it’s the synthetic hormones cause the issue.

It’s common, so it must be normal?!

Depends on what we consider normal. Just because we choose to put up with negative (but also positive) effects on our bodies, doesn’t mean it’s normal – nor that it should be considered that.

Did you know that male contraception trials have been stopped due to them having negative side effects on the test-subject’s bodies and overall well-being? You can read more about that here.

Oftentimes, the positives seem to outweigh the negatives and we settle for crumbs when we could have the whole cake. Or at least most of it. Plus, the icing. And the small marzipan flowers.

But fear not, there is some good news—at least for future generations of females! Researchers are working hard to develop new contraceptive methods.  A lot of this research is still in very early stages; so while the new methods might not be available to you, they should be for females in the future.

What does the research process look like and how can I participate?

Coming up with new contraceptive methods requires a range of considerations including finding a balance between what is technically feasible and what people want. This is where a research project being led by Avenir Health comes in. They have been tasked with trying to project what method preferences might look like 20 years in the future when these new methods would likely come to market.

As part of this work, they are trying to get a better sense of female’s contraceptive preferences and how trade-off decisions are made between different method characteristics. For example, would you be willing to tolerate some spotting for a method that had no effect on your mood? Would you be willing to take a method every day if it had more limited side effects, or is having a long-lasting method the more important?

This information is being collected through an online survey that you can participate in from the comfort of your home, by clicking here. The survey will ask about your past experiences with contraceptives and how important different features are in a method. You will also be shown 10 sets of different method profiles and asked to make choices about which you would most prefer. When combining this data across all the women who take the survey, the researchers will be able to find patterns in preference and trade-offs. They will also be able to see how these differ across different geographies and women at different life stages.

The collected information will be fed into a model that will estimate the potential interest in and impact of a new contraceptive technology coming to the market.  Comparing the impact of different potential methods will help inform discussions about which methods to make more investments into; thus ensuring that newly developed methods better meet the needs of women around the world.

So, what’s the future of contraception?

We have already seen some new methods come to market – though many of these have just been small variants on existing methods.  New types of contraceptive pills, a new type of injection that women can self-inject, new types of IUDs.  As we look to the future, we also hope there will be totally new methods that look nothing like the methods available today.
What if there was a pill you only had to take once a month? Or a bracelet that kept you from getting pregnant when you were wearing it? While we do not know what is in store, getting a better idea of what women want is an important first step.

Some references for new methods: 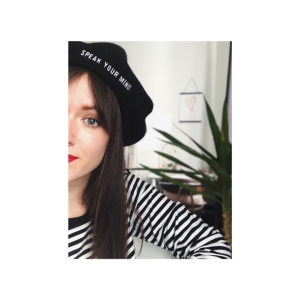 Changing your contraception: how to switch methods